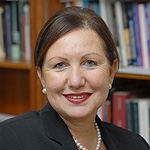 In late October we had a week of some of the most successful philosophy events ever at UW. The events were organized around the Walker-Ames Lecture of Seyla Benhabib, Eugene Meyer Professor of Political Science and Philosophy at Yale University. They began on the evening of Tuesday, October 22, when an audience of well over 200 attended a free screening of "Hannah Arendt," a 2012 biographical film, co-sponsored by the Stroum Jewish Studies Program, the Seattle Jewish Film Festival, and the UW Department of Germanics. The film was followed by a lively discussion in which Professor Michael Rosenthal and Professor Benhabib answered questions from the audience.

The film depicts the events surrounding Arendt's reporting for The New Yorker of the trial in Jerusalem of Adolph Eichmann for crimes against humanity. In her articles, Arendt gave a detailed account of the Nazis' extermination policy against the Jews and described the role of the Jewish Councils in this process. Arendt also introduced the term "the banality of evil," the concept that great evils are executed by ordinary people who accepted the government or corporation's procedures and view their actions as normal. Arendt's articles were later turned into a book, Eichmann in Jerusalem, which was one of the most controversial books of the twentieth-century. On Thursday, October 24, before a packed house of over 400, Professor Benhabib gave the Walker-Ames Lecture on "Hannah Arendt's Eichmann in Jerusalem: Fifty Years Later." Professor Benhabib argued that Arendt's book presents us with lasting questions about human accountability in extreme circumstances. The lecture was followed by a reception generously funded by the Simpson Center for the Humanities.

The lecture itself was the latest step in a several-years-long effort to build cross-disciplinary bridges between philosophy and other units on all three UW campuses through the HI-NORM tri-campus research cluster. Bill Talbott and Michael Rosenthal have taken leading roles in the cluster and they coordinated the cluster's nomination of Professor Benhabib for the Walker-Ames Lectureship, with support from the Simpson Center for the Humanities, the programs in Interdisciplinary Arts & Sciences at UW-Tacoma and UW-Bothell, the Jackson School of International Studies, the Stroum Jewish Studies Program, the UW Center for Human Rights, the Program on Values in Society, as well as the departments of philosophy, political science, geography, and Germanics.

On Friday, October 25, an audience of more than 100 attended Professor Benhabib's philosophy department colloquium on "The Dilemmas of Human Rights: Ideals and Illusions," to hear her present her discourse ethics account of human rights. Professor Benhabib gave an overview of her new book in progress, in which she builds on Arendt's idea that we should understand the basic human right as "a right to have rights".

The Department was delighted at the impressive attendance for all of the events and will be posting the podcast from the Walker-Ames Lecture on the department website when it becomes available. We would like to thank the all the sponsoring departments who made her visit such a great success.