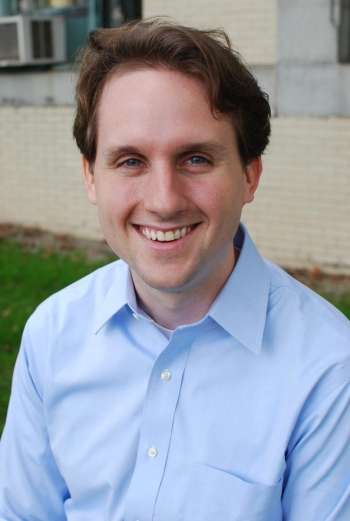 What areas of Philosophy do you teach?

My goal as a philosopher is to show how philosophical questions, theories, and thinking can be of importance for working scientists and mathematicians, and conversely, how techniques from the sciences can often help us untangle tough philosophical puzzles. In this spirit, I am currently working on two different projects.

The first project shows how the statistical techniques that scientists employ can produce knowledge according to several prominent philosophical theories of knowledge. Here's a bit of background. Epistemologists are often interested in how we can know anything at all. For instance, can we know that the world around us is real rather than a complex virtual reality like in the Matrix? How do I know that my friends have thoughts and feelings like my own and are not cleverly constructed robots? In general, philosophers have developed theories of knowledge that are intended to explain how we can combat skepticism and acquire the type of knowledge (e.g., that Seattle is a beautiful city) that we claim to have every day. Few philosophers have applied these theories to science, from which we think we acquire knowledge of distant galaxies, the microscopic realm, the origins of life on earth, and more. My current project tries to show how the quantitative, statistical techniques that scientists use in learning about the world produce knowledge in the philosopher's sense.

My second project lies in a new field called "social epistemology" and investigates whether the way in which academics find collaborators is rational. Suppose I tell you to draw a big picture in the following way. For each researcher at UW, draw a dot on a page, and if two researchers have co-authored a paper, connect the two dots representing them. In many ways, your picture will resemble a similar graphical representation of your high school, in which the dots represent students and the lines represent friendships. The mathematical similarities between pictures/graphs like these is the subject of social network analysis, which is a new and highly interdisciplinary field. As a philosopher, I am interested in whether these pictures indicate anything about the rationality of the way in which we engage in research. Given that we do not pick our high school friends with the aim of discovering scientific, literary, or philosophical truths, and given that researchers do intend to make substantial discoveries, why do these networks share so many properties, and are our current practices for finding collaborators justified?

What sparked your interest in Philosophy?

I was a high school debater. For three years in young adulthood, I got up before sunrise on Saturday mornings; I put on a poorly fitting suit, and I rode a bus to a nearby high school to discuss whether an oppressive government is better than anarchy, whether countries ought to destroy their nuclear weapons, whether hate speech ought to be allowed on college campuses, and more. Debate naturally led me to develop an interest in ethics and political philosophy that stuck with me throughout high school, and which I was lucky enough to pursue in college. Somewhere along the way, my interests shifted from value theory to philosophy of science and epistemology, probably because I realized ethics and political philosophy were too hard for me.

I am not sure I have a definitive teaching style quite yet. My aim is to make philosophy fun, challenging, and relevant. To keep discussions fun, I am sometimes a bit goofy in the classroom and tell bad jokes. Jokes aside, my classes are really quite demanding. I ask my students to construct careful, logically rigorous philosophical arguments, to read historical texts with an open mind geared towards understanding the author's world view, and to ask difficult questions. I hold my students to high standards, and I am rarely let down. In recent years, I have read a number of opinion pieces bemoaning the lack of education, training, and commitment of younger generations. I think these writers need to spend more time with young people in philosophy classrooms. I am constantly impressed and wowed by the intelligence, energy, and creativity of some of my students, and I continue to learn from them.

Last year, I taught at the Munich Center for Mathematical Philosophy at Ludwig-Maximilians University of Munich.

What is your favorite thing about Seattle/UW so far?

It's hard for me to name one thing. I feel blessed to live in a beautiful, lively city, and to have supportive fun colleagues.