Newsletter Spring 2015 - On the Right 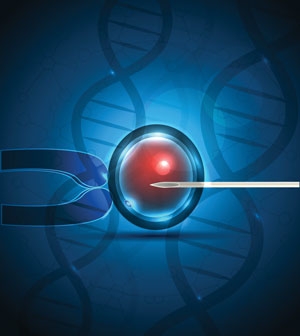 On the Right to Know One's Genetic Parentage

Inmaculada de Melo-Martín, the Benjamin Rabinowitz Visiting Professor in Medical Ethics, taught Ethical Issues in Reproductive and Genetic Technologies, in the winter quarter. During the winter quarter, she held a department talk on the topic "On the Right to Know One's Genetic Parentage." The paper below highlights her position from the talk.

and the Interests of Donor-Conceived Individuals*

The use of donated gametes, sperm and eggs, is today a common infertility treatment option. Currently, the vast majority of such donations worldwide are done anonymously. This means that although those using gamete donations can receive information about various donor characteristics, e.g., physical appearance, educational attainments, health, or hobbies, they do not receive identifiable information about the donors. Some countries such as Spain, France, and Denmark, explicitly protect the anonymity of donors by legislation. This practice, however, has come under increased scrutiny. Thus, several countries, Sweden, Austria, and the United Kingdom, among others, now mandate that donors be identifiable to their genetic offspring. A significant reason for the current trend towards legislation prohibiting anonymous gamete donations is the belief that this practice goes against some important interest of donor-conceived people: their interests in flourishing family relationships, health, and the forging of strong identities. I assess here whether anonymous gamete donations set back these interests and conclude that such is not the case.

An argument against anonymity practices is that they pose a threat to donor-conceived individuals' interest in strong family relationships because once disclosure occurs, many donor-conceived people are likely to want to know the identity of the donor. Anonymity policies create barriers to access such information and thus they might affect the functioning of family relationships. According to these critics, the inability or difficulties in accessing identifiable information about the donor can produce family tensions and anxiety, as well as impede active parental-child communication, undermine trust, and promote distance in families. However, it seems that if disclosing the mode of conception in the context of anonymity seriously disrupts family relationships, then this fact might be an argument against disclosure rather than against anonymity policies. Second, and more important, a variety of studies show that family functioning does not seem to be damaged when disclosure occurs but donor-conceived individuals cannot access identifiable information about their donors.

Another objection to anonymous donations is that they prevent donor-conceived people from having adequate access to relevant health information. They argue that a person's medical family history has the potential to provide information about shared factors that are likely contributors to risk for common diseases, such as diabetes, stroke, cancer, and heart disease. Similarly, they contend that appropriate information about medical family history can lead to the use of adequate screening measures and to early treatment. Because donor-conceived people are likely to lack access to relevant health information related to the donor, they might be denied the benefits of a more complete medical family history, and therefore of information necessary to make informed decisions about their health. Without denying that family history and genetic information might be important for health decisions, there are several problems with these objection against anonymous donations. First, the role that knowledge about heritable factors plays in promoting health might be overstated. Even if people had accurate information about their genetic relatives, there is not sufficient evidence to conclude that access to family history improves risk prediction, changes people's risk perceptions, and leads to better health outcomes. Risk perceptions appear to be relatively resistant to change even when individuals have detailed information about elevated disease risk based on genetic family history. Second, there is scant evidence showing that people who are uninformed or even misinformed about their family medical history are adversely affected by their lack of knowledge. And third, anonymity policies need not prevent donor-conceived individuals from having access to health-related information from the donor. It might be that we need better methods to ensure that donor-conceived people can access accurate and updated information about their donor's health. But such strategies can be implemented in ways that maintain anonymity without necessarily hindering the health interests of those who are donor conceived.

Finally, according to some opponents of anonymous donations, because anonymity practices prevent access to the identity of --at least one of-- the genetic progenitors such practices prevent donor-conceived people from forging healthy identities. This is so, they say, because healthy identity formation requires at least some knowledge of the identity of the genetic progenitors to help make sense of one's physical characteristics and talents, give context to questions about family resemblance, and foster a sense of belonging and a connection with the past. But again there are several problems with this argument. Even acknowledging that genetic relatedness, in one way or another, informs most people's self-understanding and sense of identity, it is clear that many people who lack access to this information still have perfectly healthy identities. Second, several studies investigating donor-conceived children's social and emotional development show that there are no significant differences in socio-emotional adjustment between donor-conceived children and those naturally conceived. This does not mean that no donor-conceived person suffers from a lack of access to identifying information about the donors. But it does mean that the evidence does not support the claim that such information is necessary for forging healthy identities. Third, it might well be the case that the distress suffered by donor-conceived people is caused not by a lack of information about their genetic origins, but by the fact that lacking such information is thought to be a problem in the first place. In a social context where information about genetic parentage is presumed necessary for identity formation, those who lack such knowledge might indeed have serious difficulties forging a healthy sense of self. It might then certainly be true that access to information could relieve the suffering of donor-conceived individuals. But de-emphasizing the value of genetic information could also have the same effect.

Donor anonymity might be morally problematic for reasons other than those discussed here. However, insofar as these are the arguments usually offered against anonymous donations, it is not clear that there is a strong case against anonymity practices.

Inmaculada de Melo-Martín is a Professor of Medical Ethics, in the Department of Medicine at Weill Cornell Medical College, at Cornell University.

* The arguments presented here are based on de Melo-Martín, I. (2014), The Ethics of Anonymous Gamete Donation: Is There a Right to Know One's Genetic Origins? Hastings Center Report, 44: 28 – 35.