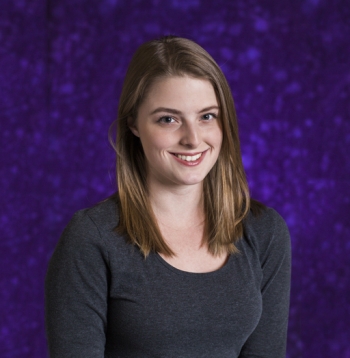 Congratulations to recent graduate Sara Leonetti, who was named as a 2015 recipient of the highly prestigious University of Washington's President's Medal.

This award recognizes the two graduating seniors who have achieved the most distinguished academic records at the university - one who earned the bulk of his or her degree at UW, and one who completed UW degree after transferring from a Washington community college.

Sara recently graduated with a BA in Philosophy and History.  Her love of philosophy began at the UW and grew with the classes she took.  “I came to the University of Washington with no clear idea of what I wanted to study. At the end of my freshman year, I took Introduction to Logic, and it made me realize how much I enjoy problem solving and sharpening my critical thinking skills.  Immediately after taking Intro to Logic, I registered for Intro to Ethics and fell in love.  By my sophomore year, I had decided to pursue a career as a public interest attorney, focusing on women’s rights.  This event reinforced my desire to major in philosophy because I knew that immersing myself in this subject would help me improve the skills I would need to become an effective attorney: critical thinking, argumentation, and communication.  Furthermore, I knew studying philosophy would teach me how to logically challenge race, gender, and sex stereotypes.  I chose to major in history for similar reasons – I truly enjoyed the subject matter and knew that studying history would help me develop the skills necessary to be an effective attorney."

"Two of the most influential classes I took at the UW were the Ethics of Climate Change with Prof. Lauren Hartzell Nichols and Feminist Philosophy of Science with Prof. Lynn Hankinson Nelson.  Both classes reshaped my outlook on life.  Studying the Ethics of Climate Change not only helped me understand the important practical role that philosophers can play, but it also empowered me as an individual.  It led me to realize that, by inspecting and challenging the principles we use to make decisions, I could make a positive contribution to an important field.  Taking Feminist Philosophy of Science was an amazing opportunity as well because it gave me a number of valuable tools for confronting widely accepted theories that promote androcentric or sexist stereotypes.  Overall, I could not be happier with my decision to study philosophy at the UW.  My philosophy professors’ encouragement, constructive criticism, and support have given me the confidence to become a much stronger, more ambitious woman.”

Sara was a member of the UW Mock Trial for all four years of her undergraduate career.  The past three years the UW Mock Trial has been nationally competitive, and this year Sara was the first competitor in the history of the American Mock Trial Association to receive a perfect 30 rank All-American Attorney Award.

The Department wishes Sara all the best in her future endeavors and looks forward to hearing about all of her accomplishments!