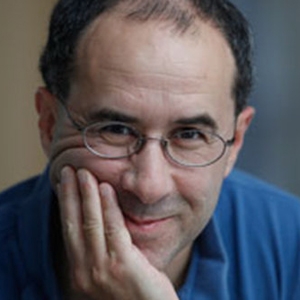 Professor Michael Rosenthal presents Spinoza and the Struggle for Toleration in the Modern World at the Temple Beth Am, on Wednesday, March 2, 9, and 16 from 7:00 to 9:00 PM.  The whole series $35 or $15 per lecture, and free for students with valid ID. All lectures are open to the entire Seattle Community.

More information and registration at http://www.templebetham.org/learning/university-lectures

March 2: Why was Spinoza Banned from the Jewish Community?

Amsterdam and problem of Religious Toleration

Spinoza was banned from the Jewish community in Amsterdam in 1656 on account of his “horrendous heresies … and evil opinions.” We will explore Spinoza’s life and ideas in order to explain what led to his excommunication. We will examine some of the controversial arguments in his book, the Theological-Political Treatise, that: i) challenged traditional religious ideas of revelation and divine providence; and ii) offered a social contract theory of the state and argued for a new idea of religious toleration.

March 9: Does Spinoza want to overcome religion or reform it?

Some have argued that Spinoza wanted to abolish particular religions and establish a universal religion based on reason. Others claim that Spinoza wanted to reform religion. We will look at each side of this debate and situate it in a particular historical context. On the one hand, Spinoza was an important figure in the so-called “radical Enlightenment,” an intellectual movement that played an important role in the French Revolution, which swept aside traditional religion as a kind of superstition and tried to usher in a new dawn of secular reason. On the other hand, Spinoza influenced those Jews, especially in nineteenth century Germany, who wanted to reform their religion in line with the demands of a modern, liberal society.

March 16 Is Spinoza a Zionist or would he feel more at home in Seattle?

In 1953 David Ben Gurion, the first prime minister of Israel, called for the abolition of the ban on Spinoza. He believed that Spinoza was an exemplary modern Jew who foresaw the advent of political Zionism. In contrast, the great Nobel prize-winning author, Isaac Bashevis Singer, embraced Spinoza in many of his works as an inspiration for a scientifically-minded and cosmopolitan modern Jew. Is a Jewish state the future of our people or can we best thrive as a tolerated minority in a secular and religiously neutral state?