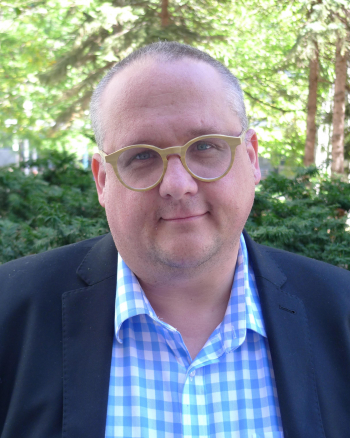 Congratulations to Professor Michael Blake who has been awarded a National Endowment for the Humanities (NEH) Summer Stipend for his book project, “Justice, Migration, and Mercy”. The NEH Summer Stipends are highly competitive awards. The University of Washington selects two proposals from among the entire university to submit to the NEH for consideration. The NEH funds only approximately 10% of the applications.

Michael’s book Justice, Migration, and Mercy focuses on how questions of justice constrain what is considered legitimate migration policy and on how the notion of “minimal decency” might lead to criticism of even justified exclusion. The volume will cover the open borders debate, the jurisdictional theory of immigration exclusion, the rights of the undocumented, associative rights, and the rights of the child to a home.

We look forward to seeing Michael’s book in publication, next year. In the meantime, please listen to Michael discussing similar themes on CBC Radio’s Ideas with Paul Kennedy as part of a panel discussion on “Global Justice, Part 1 - Justice Across Borders.” The discussion was recorded at the Munk School for Global Affairs at the University of Toronto a few days before the Paris terrorist attacks. http://www.cbc.ca/radio/ideas/global-justice-part-1-justice-across-borders-1.3368968