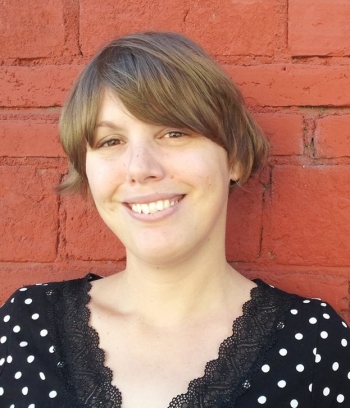 Amy Reed-Sandoval (PhD 2014) has been chosen for one of seven awards from the APA Small Grant Fund for her Philosophy for Children project at the University of Texas at El Paso (UTEP), where she is now an Assistant Professor. Dr. Reed-Sandoval previously received an APA Diversity and Inclusiveness Grant for her Philosophy for Children in the Borderlands project in 2015-2016.

For additional information about the Philosophy for Children in the Borderlands project, see this documentary.

Interestingly, Amy's former colleague Andrea Sullivan-Clarke (PhD, 2015) was also awarded an APA grant this year. Of the nine philosophy-related projects awarded grants by the American Philosophical Association (APA) for 2016-2017, two are directed by recent alums of the UW Department of Philosophy! We are incredibly proud of both of these fantastic projects by our alums and are pleased to see them getting this well-deserved support.