Ken Clatterbaugh's Humorous New Novel The Freedom of Will 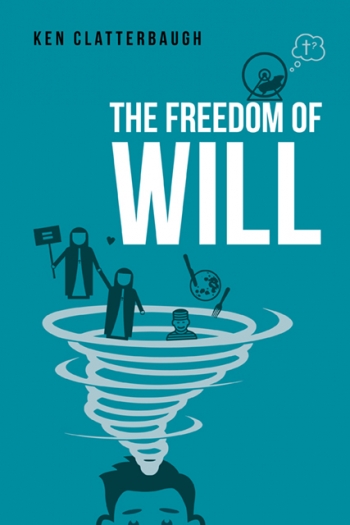 The Freedom of Will by Ken Clatterbaugh
View gallery

Professor Emeritus Ken Clatterbaugh has found a new passion in his retirement—writing fiction. Clatterbaugh’s novel, The Freedom of Will, is the story of Will Tillit, an abandoned child from east Texas being raised by his loving, devout evangelical aunt and uncle, who are determined to do their best by their young nephew. We had the pleasure to sit down with Professor Clatterbaugh and discuss the book. (This interview has been edited and condensed for clarity.)

What drew you to write this story?

The book grew very organically. I started writing different scenarios in an attempt to engage people with philosophical questions without having them fall asleep. I thought the best way to do that was with humor, since I think many of the ways that religion manifests itself in this country is pretty funny and absurd. That is not to say that that is true of everyone who engages in religious belief, but it certainly is true around the fringes. So I thought I could use that fact to get people’s attention and make them laugh, while at the same time leading them into a more serious philosophical discussion. This novel is part of my commitment to putting philosophy out there in the world. I think philosophy has a lot to say to people who are not professional philosophers, and a novel is a great vehicle for philosophy. I have seen what an amazing impact the department’s Center for Philosophy for Children program has made using literature as a gateway to philosophical discussions with k-12 students. The discussions in The Freedom of Will novel often reflect discussions I have had with students over the years in my classroom and in my office, particularly when I was teaching philosophy of religion.

Many readers come in thinking it is a light-weight, humorous book and are caught by surprise when they hit the first philosophical discussion. Luckily most seem to enjoy it.

How was your experience with the fiction publishing industry?

It was a difficult novel to get published in the traditional way since publishers who were interested were not sure how to take it on. It falls into both religious studies and fiction categories making it a tricky sell for them. Instead, I found a great self-publishing house, FriesenPress. The novel has been well received and reviewed on Kirkus, Amazon, Goodreads, and Free Thinker. However, I find self-marketing the book to be a lot of work (although I have been enjoying doing bookstore readings).

What are you working on now?

I am working on my second novel Cascadia which is a mystery/political satire. It has to do with the “bomb trains” which travel around the country carrying either sweet oil or tar sands oil. They are very dangerous and there are efforts by the train companies and the oil extraction companies to keep their routes secret. Washington State has tried to make the movements of these trains more transparent.  These oil trains are a problem since the materials are highly explosive and the trains are not made to survive these explosions. The town of Lac-Megantic in Quebec was wiped out by a train explosion and it was only because of fortunate timing that 47 people died instead of the whole small town. The novel also deals with many environmental issues beyond the bomb trains including organic gardening and the different stances on what is and is not “organic” gardening. I am a supporter of the organic gardening movement but their house is not completely in order and I poke fun at that.

What were some of influences on your writing?

I am a fan of absurdist writing and theater—I find that is the best way to address certain topics. My favorite theater production is Noises Off, which is theater of the absurd. I want people to enjoy my book and to laugh and to think while reading it.

How long have you been writing fiction?

I have dabbled in fiction writing for years. It makes a great hobby and I really enjoy working out points of the story in the middle of the night.

What books do you recommend after readers finish yours?

I have heard great things about The Underground Railroad by Colson Whitehead and it is up next on my reading list.

I am currently reading a delightful series of books called the Falvia de Luce Series by Alan Bradley – it is a mystery series for all ages, about an eleven-year-old girl who solves mysteries using chemistry in 1950’s England. It has great references to the history of chemistry and the history of England. The series is currently in the works to become into a television series by the BBC.

Find out more about Ken’s book on his website http://www.kenclatterbaugh.com.