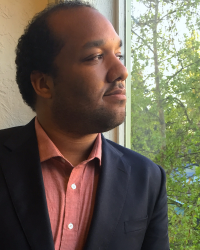 "Where the sci-fi genre led, philosophers are now starting to follow. In Howard Chizeck’s lab at the University of Washington, researchers are working on an implanted device to administer deep-brain stimulation (DBS) in order to treat a common movement disorder called essential tremor. Conventionally, DBS stimulation is always on, wasting energy and depriving the patient of a sense of control. The lab’s ethicist, Tim Brown, a doctoral student of philosophy, says that some DBS patients suffer a sense of alienation and complain of feeling like a robot.

To change that, the team at the University of Washington is using neuronal activity associated with intentional movements as a trigger for turning the device on. But the researchers also want to enable patients to use a conscious thought process to override these settings. That is more useful than it might sound: stimulation currents for essential tremor can cause side-effects like distorted speech, so someone about to give a presentation, say, might wish to shake rather than slur his words.

Giving humans more options of this sort will be essential if some of the bolder visions for brain-computer interfaces are to be realised."

Read the full article at the Economist. Find out more about the activities of the Neuroethics Thrust.