Epistemology for the Real World: Navigating in an Archipelago of Alt-Epistemology and Alt-Truth Conference - Videos 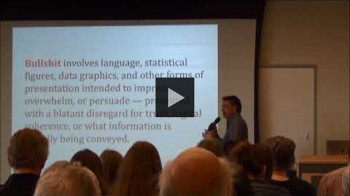 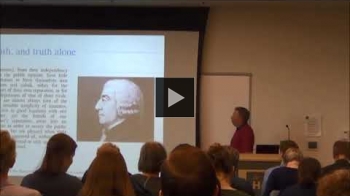 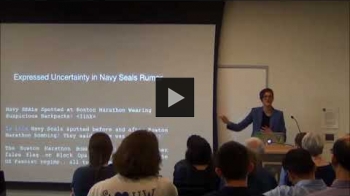 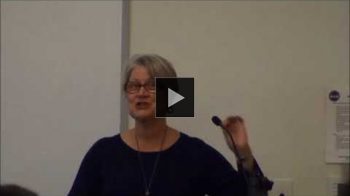 "Truth Matters, But How Do We Find It"

The Department of Philosophy hosted the Epistemology for the Real World: Navigating in an Archipelago of Alt-Epistemology and Alt-Truth Conference on January 19, 2018. Featuring the following talks:

Abstract: Our world is saturated with bullshit. Pandering politicians, manipulative advertisers, television pundits, internet experts, and even seemingly scrupulous scientists use traditional and social media to promulgate half-truths, misrepresentations and sometimes outright lies. Why is there so much bullshit out there? Why does bullshit spread so readily? Is the bullshit density of our media environment increasing? We address these questions, and describe our efforts to stem the tide of malarkey by creating a new course, Calling Bullshit, at the University of Washington. In this course, we focus on bullshit in the form of numbers, models, algorithms, and statistics. We explain how — without advanced training in math, statistics, or data science — one can see spot and refute misleading quantitative arguments.

Abstract: Scientists must publish. If they don't, they won't be scientists for long. Research isn't free and scientists need to secure grants to pay for it. And, there is a certain charm to becoming famous. All of these desires run counter to the caricature of scientist as dispassionate stalkers of the truth. Many science commentators worry that scientists' career aspirations might be bad for the scientific enterprise. I explore this question and show how recent research shows that this issue is more complicated than it seems. Raising more questions than answers, I will suggest that science may sometimes be benefited when it's practitioners care about more than the truth.

Abstract: Recent public attention and debate around “fake news” has highlighted the growing challenge of determining information veracity online. This is a complex and dynamic problem at the intersection of technology, human cognition, and human behavior—i.e. our strategies and heuristics for making sense of information may make us vulnerable, within online spaces, to absorbing and passing along misinformation. Increasingly, it appears that certain actors are intentionally exploiting these vulnerabilities, spreading intentional misinformation—or disinformation—for various purposes, including geopolitical goals. Drawing on research conducted on online rumors in the context of crisis response, this talk explores what alternative narratives (or “conspiracy theories”) of crisis events reveal about “fake news”, political propaganda, and disinformation online.

“Truth Matters, But How Do We Find It?” Louise Antony, Professor of Philosophy, University of Massachusetts, Amherst

Abstract: Time magazine asks: "Is Truth Dead?"  I answer: No.  Truth still matters to almost everyone, at least in mundane contexts.  The crisis we face is not due to an indifference to truth, but to the extreme difficulty of determining what the truth is.  There are many factors in play, but I'll focus on these: first, the political problem that it has become extremely costly, in terms of both time and money, to become a well-informed citizen.  Second, the epistemological problem that it is not even clear, from a theoretical perspective, what good epistemic strategy is.  I think I have a little bit to contribute toward a solution to the epistemological problem: I have a critique of (what I think of as) an ideology of objectivity.