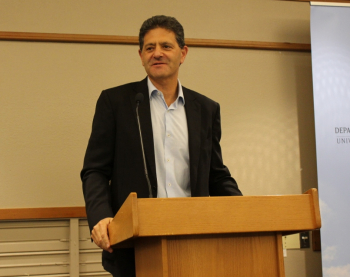 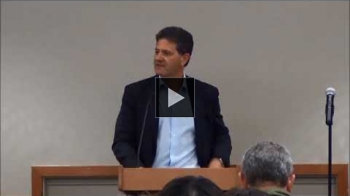 This year we were honored to have alumnus Nick Hanauer, BA 1981, address the philosophy graduating class at our annual graduation reception. Nick is a successful businessman and entrepreneur, having founded, managed, or financed over 30 companies. In addition, Nick devotes the majority of his time to a broad portfolio of civic and philanthropic activities. He is a national leader on policy issues related to income inequality and the future of capitalism, as well as gun violence prevention. In the wake of Sandy Hook, he co-founded the Alliance for Gun Responsibility which has mounted legislative and initiative campaigns to reduce gun violence at the state and national levels. Nick is also the co-author of two national bestseller books on politics: The True Patriot (2007) and The Gardens of Democracy (2011).

In his speech, Nick spoke about his time at UW as a philosophy student and how it helped him become the success he is today. He reflected on how difficult texts some texts, like those by Kant and Heidegger, were to understand as a student and how well that prepared him for life after college since nothing in the work world is as complex as a philosophical book.

He spoke of how a philosophy degree prepares you to listen and respect others' points of view, to look at arguments analytically, and to be skeptical. He told the graduates “You graduates all go into the world at a very interesting and challenging moment in American history. The American idea is very much in flux. Our society is changing fast, and it remains to be seen whether this will be for better or for worse. You all have been taught a distinct and special set of skills that gives you the ability to influence the outcome of that. I hope you will do your best to make it better.” (For more, read the College of Arts and Sciences' annotated transcript of Nick Hanauer's philosophy graduation reception speech.)

Thank you Nick for coming to speak to our graduates! We are proud to count you as an alumnus of the UW Department of Philosophy.