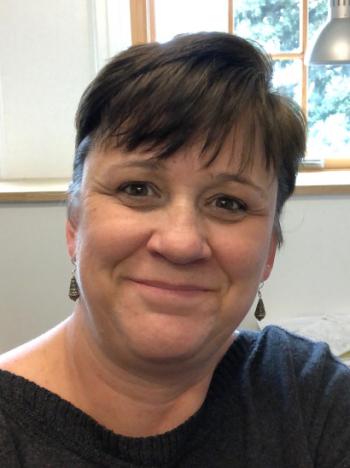 We are pleased to announce that Andrea Sullivan-Clarke (PhD 2015) will join the University of Windsor in Ontario as an assistant professor in Autumn 2018. There, she will be part of the inaugural cohort of Canada's President's Indigenous Peoples Scholars (PIPS), a program that the University of Windsor created in response to the Canadian government's Truth and Reconciliation Act. The cohort of all-Native American/Indigenous scholars will be working closely on programs to indigenize the university's curriculum.

Professor Sullivan-Clarke will be working with the Walpole Nation to develop a philosophy for children program and, potentially, a summer camp as well.

In addition to teaching introduction to philosophy, moral problems, and reasoning skills, Sullivan-Clarke plans on teaching a course in the spring on Indigenous Thought in the Americas:

Indigenous Thought in the Americas

Working from the historical and contemporary writings of the indigenous people of the Americas (North, Central and South), we will examine their views on a variety of topics, to include: on being ‘discovered,’ objectified, and studied; genocide of native peoples; destruction and commodification of native cultures; internal colonialism; environmentalism; philosophies/ religions/ worldviews; and the ethics of sports mascots. Authors include (among others): Vine Deloria, Jr., Fausto Reinaga, Winona LaDuke, Rigoberta Menchú, Jack D. Forbes, Anne Waters, V.F. Cordova, Daniel R. Wildcat, Luís Macas, Huanani-Kay Trask, Thomas Norton-Smith, Ward Churchill, Jace Weaver, Evo Morales, Leroy Little Bear, Brian Burkhart, William Apess, Victor Montejo, and Lee Hester, Jr. By the end of the course, students will be able to describe and identify forms of indigenous thought and philosophy, critically engage with the ideas and views found in indigenous philosophy, and express their own views in spoken and written formats.

Sullivan-Clarke was previously a Consortium for Faculty Diversity (CFD) Postdoctoral Fellow at Depauw University where she did research on Native American and Feminist Philosophy while working on issues of diversity at the Janet Prindle Institute for Ethics. While there, she was also awarded one of two APA Diversity and Inclusiveness grants for 2016-2017 to start the Inclusive Summer High School Institute for Philosophy (ISHIP) at the Prindle Institute for Ethics – a week-long summer enrichment program designed for high school juniors from historically underrepresented groups in philosophy.

We look forward to continuing to follow Dr. Sullivan-Clarke's endeavors with great interest!