Spinoza on Freedom and the Highest Good: Workshop on Ethics, Part V 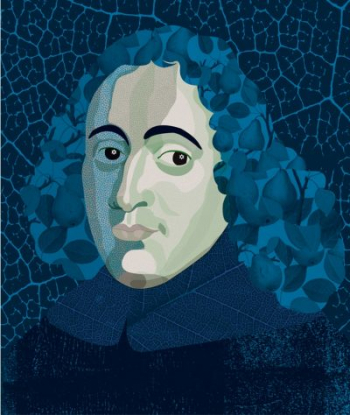 Professor Michael Rosenthal has organized a workshop: "Spinoza on Freedom and the Highest Good: Workshop on Ethics, Part V" which will take place Friday, November 16 to Sunday November 18th. The workshop is supported by the Saari Endowment, the Department of Philosophy, and the Stroum Center for Jewish Studies at the University of Washington.

Charlie Huenemann is Professor of Philosophy at Utah State University. He is author of Spinoza’s Radical Theology, Understanding Rationalism, and Nietzsche: Genius of the Heart. His varied interests can be surveyed on his blog, Huenemanniac.com.

Colin Marshall is Associate Professor of Philosophy at the University of Washington. His work focuses on the philosophy of mind and metaethics from both historical and contemporary perspectives. He recently published a neo-Schopenhauerian defense of morality, Compassionate Moral Realism (OUP), and has written articles on Spinoza, Kant, and Schopenhauer. He is currently editing Comparative Metaethics: Neglected Perspectives on the Foundations of Morality (forthcoming from Routledge).

Samuel Newlands is the William J. and Dorothy K. O’Neill Collegiate Professor in Philosophy at the University of Notre Dame. His new book, Reconceiving Spinoza, appeared in August with Oxford University Press. He has published dozens of articles on early modern philosophy, and he co-edited New Essays on Leibniz’s Philosophy (OUP 2014) and Metaphysics and the Good (OUP 2014).  He has also directed several large, multi-million dollar research projects spanning philosophy, psychology, sociology, and theology, including Hope and Optimism: Conceptual and Empirical Investigations and The Problem of Evil in Modern and Contemporary Thought. Newlands also serves as a Director of the Center for Philosophy of Religion at the University of Notre Dame.

Kristin Primus earned her PhD at Princeton and is an Assistant Professor at UC Berkeley who works primarily on early modern metaphysics and epistemology. She is currently at work on a book on Spinoza's Ethics that she hopes will clarify not just what Spinoza's monism is, but also how accepting it can (and cannot) transform our intellectual and affective lives.

Michael Rosenthal is Professor of Philosophy and currently holds the Samuel and Althea Stroum Chair in Jewish Studies at the University of Washington, in Seattle.  He is the co-editor of Spinoza’s Theological-Political Treatise:  A Critical Guide (2010) and the author of numerous articles on modern philosophy.  He is the editor of Spinoza and Modern Jewish Philosophy (forthcoming) and working on a book on Spinoza’s political philosophy.

Donald Rutherford is Professor of Philosophy at the University of California, San Diego, where he has taught since 1999. Along with many articles in the history of modern philosophy, he is the author of Leibniz and the Rational Order of Nature (1995), editor of The Cambridge Companion to Early Modern Philosophy (2006), and co-editor and translator of The Leibniz-Des Bosses Correspondence (2007). He is currently editor of Oxford Studies in Early Modern Philosophy. His work focuses on the parallels between the systems of major seventeenth-century philosophers and those of the ancient schools, exploring the enduring significance of eudaimonist ethics in the early modern period.

Hasana Sharp is Associate Professor and Chair of the Department of Philosophy at McGill University. She is a specialist on Spinoza, the author of Spinoza and the Politics of Renaturalization, interested also in social and political philosophy, feminist theory, and environmental thought. She is writing a book on the social dimensions of freedom in Spinoza.