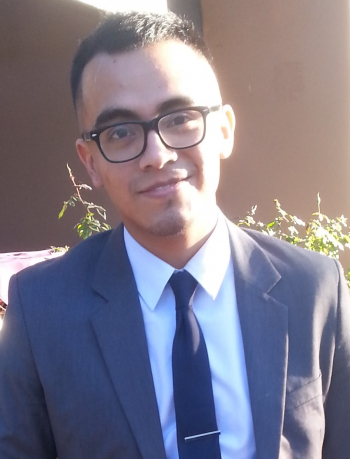 Congratulations to Julio Covarrubias on being awarded the American Philosophical Association's 2018 Essay Prize in Latin American Thought for his essay, "Letting Go of Mestizaje: Settler Colonialism and Latin American/Latinx Philosophy."

From the APA press release:

The APA committee on Hispanics sponsors this annual prize, which includes a $500 monetary award, for the best unpublished, English-language, philosophical essay in Latin American thought. The winning essay will be published in an upcoming issue of the APA Newsletter on Hispanic/Latino Issues in Philosophy.

“On behalf of the APA Committee on Hispanics, I would like to congratulate Julio Covarrubias for his fine essay, ‘Letting Go of Mestizaje,’” stated Robert Garcia (Texas A&M University), chair of the committee. “It was the clear winner and we are proud to support and award Covarrubias's contribution to the literature on Mestizaje.”

Mr. Covarrubias is a doctoral candidate and teaching assistant in the department of philosophy at UW. His research focuses on racial oppression and anti-colonial theory, and his dissertation draws on critical race theory, Indigenous studies, and Latin American philosophy to elucidate the social position of Latinxs in the US.