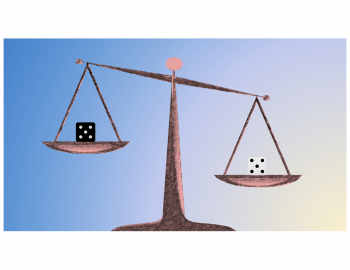 Recent events have inspired the White Coats for Black Lives and #ShutDownSTEM movements to call for the elimination of institutional and systematic racism in biomedicine and STEM fields including barriers faced by Black researchers.

Building on their earlier work demonstrating continued Black-white disparities in NIH grant funding, Carole Lee and her collaborators Sheridan Grant (Department of Statistics) and Elena Erosheva (Center for Statistics and the Social Sciences, Department of Statistics, and School of Social Work) explain how even alternative approaches to allocating grant funding might perpetuate Black-white funding disparities due to inequalities prior to or early on in the process. For example, if winning proposals are chosen at random among those that have passed a round of peer review instituted to cull the weakest proposals, existing research (including their own) suggests that Black-white funding disparities can persist due to disparities in the initial winnowing process. In addition, allocating funding based on track record is also likely to perpetuate disparities due to pre-existing bibliometric differences between the two groups. Their letter, published in the journal The Lancet, urges continued study and evaluation of current and alternative processes for awarding grants with an eye towards supporting Black scientists.