Professor Mendoza: “The Latinx Vote: What Entity, What Identity?” 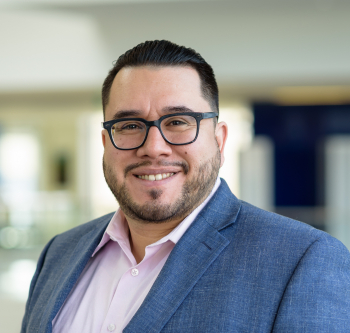 Professor José Jorge Mendoza joins philosophers across the country (and the world) in contributing to a new Daily Nous feature, “Philosophers On the 2020 U.S. Presidential Election.” This edition of the “Philosophers On” series asks political philosophers to reflect on the current election and examine the questions surrounding it, in hopes of spurring further discussion.

In his piece, “The Latinx Vote: What Entity, What Identity?” Mendoza grapples with the “Common Bundle” view of Latinx identity in the wake of the 2020 election, which served as a reminder that there is no monolithic Latinx voting bloc. In the piece he takes up the call of critical race theorists who urge appreciating the differences between racism and xenophobia, explaining, “I think understanding this difference can help make sense of current Latinx voting patterns and perhaps give us a glimpse into what the future holds for a Latinx identity.”

Read Mendoza’s analysis in The Latinx Vote: What Entity, What Identity?