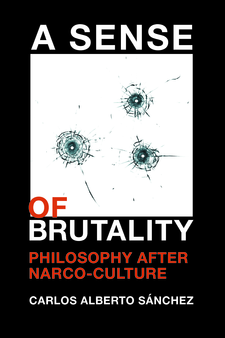 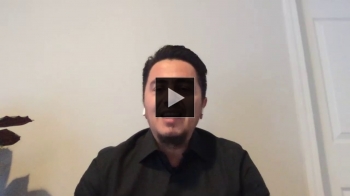 The Department of Philosophy and the Program on Ethics recently hosted an author meets critics event with Professor Carlos Alberto Sánchez, San José State University, A Sense of Brutality: Philosophy after Narco-Culture with critical comments from Professors Sergio A. Gallegos Ordorica and Manuela Gomez.

A Sense of Brutality: Philosophy after Narco-Culture examines how contemporary popular culture is riddled with references to Mexican drug cartels, narcos, and drug trafficking. In the United States, documentary filmmakers, journalists, academics, and politicians have taken note of the increasing threats to our security coming from a subculture that appears to feed on murder and brutality while being fed by a romanticism about power and capital. Carlos Alberto Sánchez uses Mexican narco-culture as a point of departure for thinking about the nature and limits of violence, culture, and personhood. A Sense of Brutality argues that violent cultural modalities, of which narco-culture is but one, call into question our understanding of “violence” as a concept. The reality of narco-violence suggests that “violence” itself is insufficient to capture it, that we need to redeploy and reconceptualize “brutality” as a concept that better captures this reality. Brutality is more than violence, other to cruelty, and distinct from horror and terror—all concepts that are normally used interchangeably with brutality, but which, as the analysis suggests, ought not to be. In narco-culture, the normalization of brutality into everyday life is a condition upon which the absolute erasure or derealization of people is made possible.

Sánchez responded to his critic’s comments at the event which was recorded on zoom. Gallegos Ordorica and Gomez’s comments and Sánchez’s responses will be published by The Radical Philosophy Review, later this year.

Speakers:
Author
Carlos Alberto Sánchez is of Philosophy at San José State University, where he teaches and writes on Mexican philosophy and culture. In addition to a number of articles on different areas of philosophy, Sánchez’s books include The Suspension of Seriousness: On the Phenomenology of Jorge Portilla (SUNY 2012), Contingency and Commitment: Mexican Existentialism and the Place of Philosophy (SUNY 2016), Mexican Philosophy in the 20th Century: Essential Readings, co-edited with Robert Sanchez (Oxford 2017), A Sense of Brutality: Philosophy after Narco-Culture (Amherst College Press 2020), The Disintegration of Community: On Jorge Portilla’s Social and Political Thought, co-authored with Francisco Gallegos (SUNY 2020), and Emilio Uranga’s Analysis of Mexican Being (Bloomington 2021). Recently, Dr. Sánchez has begun writing for general audiences, publishing in, among other places, RPA Magazine, The Denver Post, The San Francisco Chronicle, Aeon, The Philosopher’s Magazine, and The Conversation.

Critics
Sergio A. Gallegos Ordorica is an Assistant Professor of Philosophy in the Department of Philosophy at the John Jay College of Criminal Justice. He is currently working on several projects at the intersection of Latin American philosophy, Feminist , Philosophy of , Pragmatism, Philosophy of science, and epistemology. In the past few years, he has also devoted attention to the work of Sor Juana Inés de la Cruz, highlighting in a series of forthcoming and papers her contributions to various domains that include philosophical pedagogy, aesthetics, ethics moral psychology.

Manuela Gomez is a Philosophy Professor at El Paso Community College. She has over 15 years of teaching experience on both sides of the U.S.-Mexico border. She specializes in philosophical pedagogy, ethics, feminism, and Latin American philosophy. She is the author of the book Rediscovering the Philosophical Importance of Jose Ingenieros - A Bridge between Two Worlds. This work connects Latin American philosophy and American pragmatism. She is also an award-winning journalist that focuses on U.S.-Mexico politics.