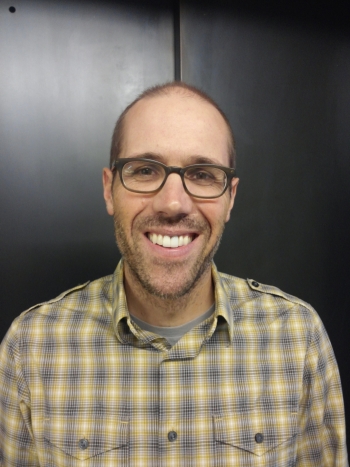 Ian Schnee joined the department as a full-time lecturer in fall 2015. He has since spearheaded the undergraduate philosophy club and has worked with undergraduate advisor, Gina Gould, on department curriculum and course offerings.

What areas of philosophy do you teach?

I teach epistemology, metaphysics, logic, introduction to philosophy, and philosophy of film.

My research falls into two areas: epistemology and philosophy of film.  In epistemology, I am working on how various properties are passed from premises to conclusions of arguments--so if you have bad reasons for believing the premises, do you also have bad reasons for believing the conclusion?  If you know the premises, does that mean you also know the conclusion?  These sorts of claims are called closure and transmission principles.  There has also been a lot of recent interest in principles that go in the opposite direction: if you know a conclusion, does that mean you knew all the premises?  In philosophy of film, I am interested in how spectators identify with characters--which is sort of an old topic, but I think that the prevalence of video games has given it new life.  The ways that players do and don't identify with characters in video games, I argue, shows that a lot of old arguments about identification in film are wrong and that we need a new account of how identification works.  It is a side benefit (or rationalization?) that I have to watch movies and play video games in order to do my research.

What sparked your interest in philosophy?

As an undergraduate I took classes in economics, history, political science--I was only half interested in any of the content, so I can sympathize with students who don't know what they want to do, or who just take classes without a clear plan.  But when I took my first philosophy class, on the notion of goodness, I thought: this is exactly what I have been wanting to think about!

My style is highly caffeinated.  I like to move around the room and to get excited about the problems we are discussing.  Even truth functional connectives are exciting if you've had enough caffeine.

Before UW, I was teaching at Western Kentucky University.  We didn't have a lot of philosophy majors--it was a small department--but the ones we had were very dedicated.

What is your favorite thing about UW so far?

My favorite thing about UW is how talkative students have been in classes.  My assumption was that a smallish number of students would do most of the talking, but in my first class here every student was making contributions.  I couldn't believe it.