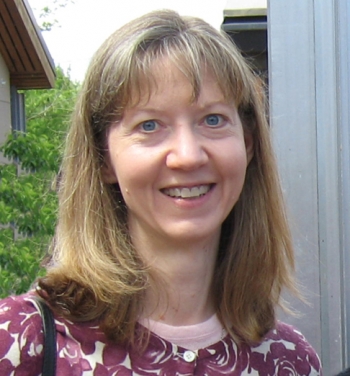 We are proud to announce that Andrea Woody, Department of Philosophy Chair & Associate Professor, has been selected to be the next editor-in-chief of Philosophy of Science, the premier philosophy of science journal. She will begin her five-year term on July 1, 2017. President of the Philosophy of Science Association, Ken Waters, noted Professor Woody's breadth of intellectual engagement and service in his announcement, noting that beyond her dual role in the Department of Philosophy, she also holds adjunct positions in History; Dance; and in Gender, Women, and Sexuality Studies. He went on to discuss her many professional engagements:

"Andrea received her PhD in History and Philosophy of Science from the University of Pittsburgh. She specializes in the philosophy and history of modern physical theory and chemistry. Her research is aimed at developing theories of explanation, representation, and modeling. She has interests in environmental ethics, epistemology from feminist and social perspectives, and philosophy of art. She has co-edited volume 6, Philosophy of Chemistry, of the Handbook of the Philosophy of Science (with Robin Findlay Hendry and Paul Needham) and published numerous articles in her area of specialization. She has also published articles on science education.

Andrea brings a breadth of expertise and expansive interests in philosophy of science to the journal. She also has considerable administrative and editorial experience. She was a member of the organizing committee of the Society for the Philosophy of Science in Practice and has served on the program committee five times. Perhaps most relevant was her service as PSA Program Chair for the 2012 Biennial Meeting and her subsequent editorship of two volumes of Proceedings. Andrea has served as an Associate Editor of Philosophy of Science since 2012 and has been elected to numerous professional society boards including the PSA Governing Board (2008 and 2010). Andrea’s five-year term as Editor-in-Chief will start July 1, 2017. She says that she “looks forward both to continuing the excellent work done by Jeff Barrett [the current editor] and to ensuring that the journal represents the very best work being done across the full spectrum of contemporary philosophy of science."