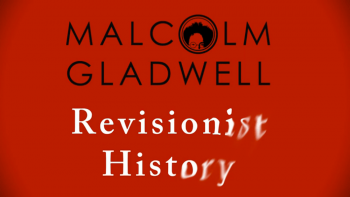 UW Philosophy Emeritus Professor Marc Cohen recently contributed commentary to an episode of Malcolm Gladwell’s Revisionist History, a podcast in which Gladwell looks back and reinterprets events, people, or ideas from the past that have been overlooked or misunderstood.

In season 2, episode 1, “A Good Walk Spoiled—Rich people and their addiction to golf: a philosophical investigation,” Gladwell investigates Los Angeles’ exclusive private golf courses. Over the course of the episode, he consults tax assessors, economists, and philosopher Professor Cohen to explore the wealthy’s “weird obsession” with the game of golf and to answer questions like “How do private country clubs afford the property tax on 300 acres of prime Beverly Hills real estate?”

Gladwell discovers that the key to answering that question begins with a principle governing property taxes called “highest and best use,” which dictates that property be taxed at a rate reflecting not it’s actual revenue production, but the value it would have if put to its “highest and best use” (i.e. developed into revenue-producing housing or businesses). Taking up prime real estate in a densely populated urban center, L.A. golf courses would cease to exist if they were actually taxed on their current value. So why aren’t they?

The answer, as Gladwell uncovers, goes back to 1960 when club members/co-owners, with the help of Bob Hope (a perceived “everyman” with a golf obsession), convinced California voters to approve a change to the state constitution that would exempt private country clubs from the “highest and best use” standard, allowing them instead to pay lower non-profit rates.  Then, in 1978, they shepherded another piece of legislation—Proposition 13—into law that froze property taxes at a rate of 1% of their 1975 value (already artificially low for golf courses) except in the case of a change in ownership. Country Clubs are able to benefit from this legislation due to the fact that the equity members (as a group) are the “owners.” This raises the philosophical question of whether the “owner” (equity members) can be considered “the same” if all of the members that constituted the original ownership group have changed over time (equity shares passed on to family members through inheritance, etc).

This question reminded Gladwell of Plutarch’s Ship of Theseus, a philosophical thought experiment in which Plutarch asks, “if Theseus is at sea in a ship and one by one replaces each board that makes up the ship with a new one, when he reaches shore, is he still sailing the same ship, or a different ship?” Noting Professor Cohen’s lecture notes on “Identity, Persistence and the Ship of Theseus” from his PHIL 320 class website, Gladwell reached out to him for insight into the question of L.A.’s country club ownership.

In the episode, they discuss the Mereological Theory of Identity – the view that the identity of an object depends on the identity of its component parts – versus Spatio-Temporal Continuity Theory – the view that an object can change materials and retain a constant identity as long as the change is gradual and the form or shape of the object is preserved through the changes of its component materials.

Professor Cohen agrees that spatio-temporal continuity makes sense intuitively in many instances, such as in the case of Theseus replacing boards in his own ship while sailing (we might easily perceive him to sail the same ship, regardless of the change in individual boards). However, Cohen points out that in different circumstances we might have the opposite intuition. He asks us to imagine that Theseus’ ship is on display in a museum and each night, thieves break in and take one board at a time, replacing each with a replica board, in order to reassemble the original ship elsewhere to sell on the black market. In that case, we would consider the ship in the museum to have been “stolen,” and not the same ship, despite the method of replacing one board at a time being similar to the case of Theseus at sea.  He points this out to underscore the importance of taking context into account when making a determination about the continuity of identity.

Cohen argues that "[out of context] the problem [of spatio-temporal continuity] is irresolvable, and you can only come to a solution that makes sense when placed in a context with a pragmatic extra-metaphysical consideration that tips the balance one way or the other—such as the fact that LA ranks near the bottom of all major metro areas in US in terms of public parks.” He points out that while Los Angeles has almost no public parks, the majority of its open green space exists in the form of these golf courses, which are walled off from the public, but subsidized by the public. By this, he refers to the fact that the artificially low property taxes paid by the country club owners ($200,000 instead of the $90 million in taxes they would pay if taxed based on today’s value of their land), means that the owners are effectively receiving a public subsidy with a value of $89.8 million without granting the public access to the land.

In 2010 the tax status of the clubs was challenged on the grounds that if all of the individual holders of the equity shares had passed their shares on to new members, the “ownership” of the clubs had effectively changed hands and the clubs should therefore be subject to a reassessment of their property taxes. The city tax court disagreed, ruling in favor of the clubs.

However, Cohen argues that the philosophical question of spatio-temporal continuity should not be divorced from political questions of inequality. Gladwell likened this use of spatio-temporal continuity upheld by the courts to the justification for structural inequality exemplified by the system of aristocracy. Under this system, the same privileged population maintains privilege over time unrelated to the individual. Cohen and Gladwell agree that the current interpretation of continuity of club “ownership” is akin to an aristocratic system and therefore unfair and anti-egalitarian in nature. They end by suggesting that golf courses be shared between private clubs and the public, based on existing models found elsewhere. Listen to the full podcast to hear their full conversation about this complicated situation.

“A Good Walk Spoiled” is an excellent example of ancient philosophy working on a modern problem.