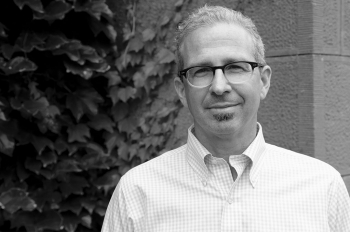 Schlosberg’s current work includes conceptions and practices of climate justice, ecological justice, and community strategies for sustainability and adaptation to climate change. He also writes on the impact of our realization of the Anthropocene, in terms of what it means for both environmental management and for human/nonhuman relations. Most recently, he co-edited the Oxford Handbook of Environmental Political Theory.

During his time at the University of Washington Schlosberg worked on a project focused on the new environmentalism of everyday life, with a focus on food, energy, and crafting movements. His work was part of a broader book project, which aims to learn from the theorizing going on in environmental movements and community organizing focused on sustainable materialism. The project was funded by the Australian Research Council. During his stay, Schlosberg also presented his research to the broader academic community through seminars and talks. He also presented a lecture on environmental justice to an undergraduate class taking environmental ethics.

To learn more about Prof Schlosberg and his work, you can visit his personal website: http://dschlosberg.com/