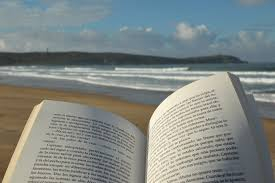 From race relations in the United States to Great Danes in small apartments, this year's summer book recommendations by the Philosophy faculty once again cover a wide array of subjects. Check out the books that our faculty members have read recently or are planning to read this summer. We hope you find something exciting to add to your reading list!

This collection of essays tells the story of the author’s adventures in living with schizophrenia, with fascinating reflections on what it means to be “okay” in the world and to have an identity bound up in a disordered mind. The descriptions of the onset of psychosis are captivating – “The more I consider the world, the more I realize it’s supposed to have a cohesion that no longer exists, or that it is swiftly losing – either because it is pulling itself apart, because it has never been cohesive, because my mind is no longer able to hold the pieces together, or, most likely, some jumbled combination of the above.” (127) The onset is then followed by a quick turn of realizing, for instance, that “my coworkers have been replaced by robots.” The delusions can last quite some time, “which feels like breaking through a thin barrier to another world that sways and bucks and won’t throw me back through again, no matter how many pills I swallow or how much I struggle to return.” (127) The book is beautifully narrated, and the author’s insights regarding the experience of psychosis are remarkable.

Backlash: What Happens When We Talk Honestly about Race in America by George Yancy

This is a book about the vitriolic response Yancy received after publishing an op-ed in 2015 (“Dear White America”), and a reflection on what it might take for white people to surrender innocence and accept complicity in white systematic power and privilege, as well as the resulting black trauma, to recognize our active roles in everything from racist macro- to microaggressions. Borrowing from James Baldwin, Yancy asks white readers to use the book as “a disagreeable mirror to look at themselves.” It’s a mirror that needs to be taken up. Yancy asks his audience to read with love, and to think of the book as a gift – one that will be heavy to bear.

This is a recently published novel about a ménage à trois between a man, a woman and the realistic male AI robot the man purchased with his inheritance. I have loved the philosophical and moral reflections in McEwan’s novels, and who wouldn’t be curious to find out how throwing an AI robot into the mix might shift the moral compass? I’m looking forward to reading this one when summer starts!

It's a fascinating sci-fi book that, unbeknownst to me when I picked it up, also grapples with some interesting themes in philosophy of science.

Inventing the Universe by Luc Brisson and F. Walter Meyerstein

What could be better than books about the coming to be of the universe? Here are two such books that I'm very happy to be revisiting this summer – Andrew Gregory's Ancient Greek Cosmogony and Brisson and Meyerstein's Inventing the Universe.

The Friend by Sigrid Nunez

This is a witty novel about a novelist who lives alone in a small apartment in New York and who inherits a Great Dane from her mentor. It's about love, loss, and literature and will appeal to anyone who has ever developed a deep affection for a pet.

The Goodness Paradox: The Strange Relationship Between Virtue and Violence in Human Evolution by Richard Wrangham

A professor of biological anthropology at Harvard, Wrangham, who wrote an earlier book about wild chimpanzees entitled Demonic Males: Apes and the Origins of Human Violence, attempts in his new book to explain how human beings, while remaining capable of devastating violence, became as pacific as a herd of sheep in their daily interactions with each other.

The Influential Mind by Tali Sharot

Sharot describes a number of surprising psychological factors behind when we succeed (or fail) to influence others. For example, she draws attention to how carrots are more effective than sticks, and how people will act much more willingly if they have even the perception of control. Her book raises a lot of great philosophical questions – in particular, what forms of influence (in light of psychology) are respectful vs. what forms are manipulative.

A lovely biography by the author of the Hamilton biography Bill Talbott recommended last year (and which inspired the hit Broadway musical). Ulysses S. Grant turns out to be a far more complex and thoughtful president than has usually been supposed. (Grant's own memoirs are among the best presidential recollection-records, and he wrote them in great pain as he was dying of cancer – he desperately needed the money to provide support for his wife after he died.)

The Curse of Bigness: Antitrust in the New Gilded Age by Tim Wu

A very smart, fluent account of our economic predicament, one in which global industries are controlled by a few mega-corporations, and wealth-disparity breeds political discontent, fictionalization, and the repetition of past mistakes. Sobering reading, but terribly important. (And not too long.)

The Uninhabitable Earth: Life After Warming by David Wallace-Wells

Beautifully written account of the disasters that global warming promises.  A good antidote to what the author calls "seeing things through the cataracts of self-deception."

The Feather Thief: Beauty, Obsession, and the Natural History Heist of the Century by Kirk Wallace Johnson

Just so your summer isn't spoiled by one bleak prediction after another, here's a delightful true-crime adventure that reads like the best current detective fiction. It ranges from the great anthropological expeditions of Darwin and Wallace to the insanely competitive and expensive business of fly-fishing and fly-tying. Great fun. Also has splendid color illustrations.

I am learning to create and modify in Minecraft this summer so that I can keep up with my daughter.

[Editor's note: Please check out Ian’s talk at “Games + Philosophy” a Dawg Daze event in which he introduced new UW students to philosophy through the lens of video games.]

The Amazing Adventures of Kavalier and Clay by Michael Chabon

This is a novel that is based on fact. It is such an amazing story that it comes as a surprise how much of it is factual. It combines the bleakness of the Jews’ attempts to escape the Nazis with the beginning of the comic book industry in NYC. The story is about magic and it is itself magical. Highly recommended.

Transformative Experience by L. A. Paul

At its best, philosophy helps us to grapple with the most significant aspects of human experience. I'm looking forward to reading L. A. Pauls' book Transformative Experience, which explores the choices we make in life, such as parenthood, marriage, or a significant career choice, that provide dramatically new experiences. Because such choices hold the power to change in substantial, but unknowable, ways who we will become in the future, they present a conundrum: If we wish to make life choices by considering our values, and what our future selves will be like if we choose to have these experiences, we only learn what we really need to know after we have already committed ourselves.

Our administrator and avid-reader could not resist also recommending his recent favorite reads:

Paperbacks from Hell: The Twisted History of '70s and '80s Horror Fiction by Grady Hendrix

An overview of the horror paperback industry in the 70's and 80's.

The Indifferent Stars Above: The Harrowing Saga of the Donner Party by Daniel James Brown

A super in depth but immensely readable account of the Donner party.

A Strange Piece of Paradise by Terri Jentz

A woman investigates her own 20-year-old attempted murder when she and a friend were randomly attacked by an ax wielding stranger while camping.